The difference in the NSF study and the “Open Doors” study is that the former is based on government-held student visa data. This means it excludes students participating in optional practical training, which is a program that allows international students to stay and work in the US for up to three years after graduating, sponsored by the university they are attending.

The “Open Doors” study, on the other hand, took a broader approach surveying over 250 college and universities on  reguarding information on international students enrollments.  The study concluded that almost 40% of U.S. colleges saw declines in applications from international students. However, on the other hand, 35% of the schools polled experienced an increase, and 27% reported no change at all.

In addition, institutions reported that applications from India and China were also been impacted. Open Doors 2016 indicates that these two countries currently make up 47% of our international student enrollment, with almost half a million Indian and Chinese students studying in the US.  More enrollment statistics follows:

According to NAFSA, the decline in part was attributed to concerns among international educators regarding the current political climate in America and the urgent need for the United States to enact comprehensive immigration reform and to develop other proactive government policies and strategies to ensure the country remains globally competitive. Survey families reported that their top concerns included:

Although many schools reported declines, apparently it did not adversely affect the economic contributions made to the US by international students. The latest analysis finds that the 1,078,822 international students studying at U.S. colleges, and universities contributed $36.9 billion and supported more than 450,000 jobs to the U.S. economy during the 2016-2017 academic year.  In fact, the number of international student enrollments grew from approximately 975,000 in 2015 and from 1,043,839 in 2016.

“As we continue to acknowledge the indisputable fact that international students contribute to the U.S. economy more each year, we cannot underestimate their immeasurable academic and cultural contributions to America’s colleges, universities, and local communities,” said NAFSA Executive Director and CEO Marlene M. Johnson. “International students build bridges between the United States and other countries, bring global perspectives into U.S. classrooms and research labs, and support U.S. innovation through science and engineering coursework.”

The US states that benefited most economically include; California, New York, and Massachusetts saw the largest benefits from spending by these students and their families on living expenses, tuition, and fees. Further analysis shows that three U.S. jobs are created or supported for every seven enrolled international students, by spending in the following sectors:

When it comes to the STEM fields of study, the newest survey finding and highlights from the NSF study are as follows:

Furthermore, the chart below from Indiana University has more information on international student economy… 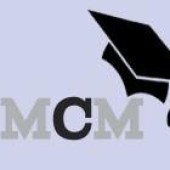 The Divine Nine…Are They Still Relevant?

Racing for Innocence by Jennifer Pierce